Please join me in my new location at twisitodd.blogspot.com
Posted by Todd at 1/08/2009 No comments:

Oh this is excellent... our US soldiers are plugging the Gaza-Egyptian escape route for the trapped civilians. 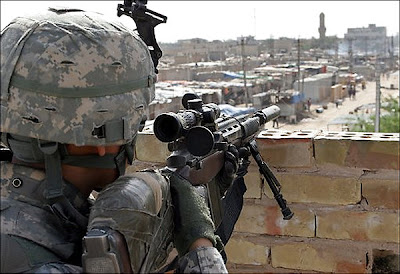 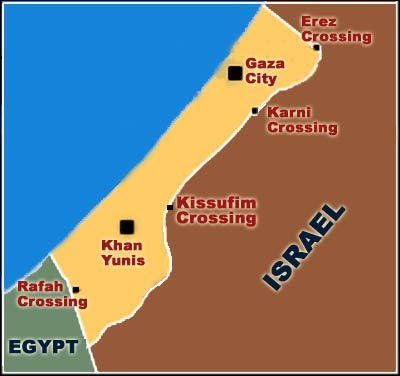 It is insane to talk about more Relief... We have got to stop the Israeli madmen from their crushing bombardments (courtesy of US tax dollars)

Oakland Policeman executes Oscar Grant by a single shot in the back.

There is a single voice of sanity within Israel.
Posted by Todd at 1/06/2009 No comments:

The 14 mile Gazan holding facility is being cut up into 3 killing zones. And the american christian community yawns.

The Gaza Camp has a population of 1.5 mil, the same as Phoenix, AZ crammed into the space of a little more than the District of Columbia.
Posted by Todd at 1/05/2009 No comments:

Israelis now using White Phosphorus. Someone has got to pay for these war crimes. 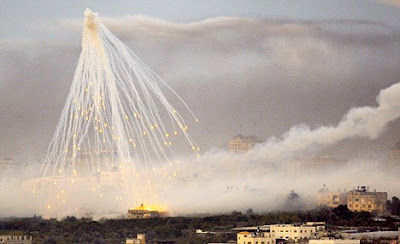 Civilians below these flairs are about to be cooked / burned 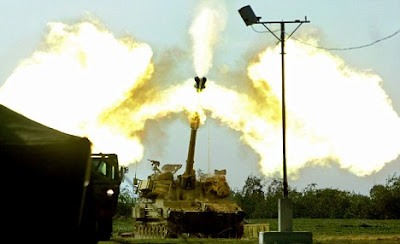 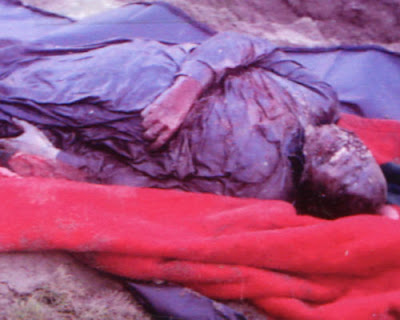 If only this were a "war" or a "conflict". This is just disproportionate slaughter. 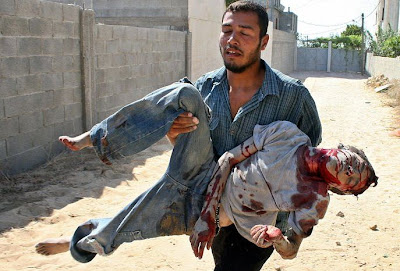 Israel controls all 10,000 square miles of Palestine. Israel has a population of over 6.5 million. Life expectancy is over 75 years, and infant mortality about 7 per thousand.

The Palestinian areas account for about 2,800 square miles of the total territory. They have a population estimated at about 3 million, per capita GDP of under $2,000, literacy rate of about 86% and infant mortality of 33 per thousand. Their living and working existence is cut up and controlled into miserable bubbles placing them constantly at the mercy of the Israeli military.

TURN YOUR DAMN TV'S OFF AND WATCH THE GENOCIDE THE ISRAELIS ARE COMMITTING VIA OUR U.S. TAXPAYER "AID" 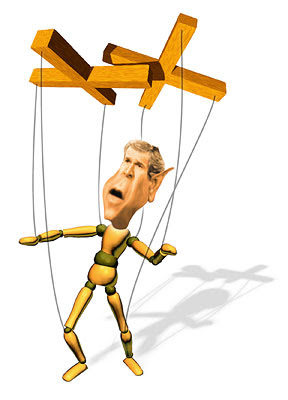 After 5 days of barbarous bombings endangering HUNDREDS OF THOUSANDS and killing of hundreds of innocent Palestinians, our lobotomized president calls the tortured the torturers!

The world is truly precarious with these NeoCons shuffling the international deck with self destructive wars and ponzi banking heists . The US has been eaten away from the inside by these leeches.
Posted by Todd at 1/02/2009 No comments:

The Mighty Israeli Army in Gaza 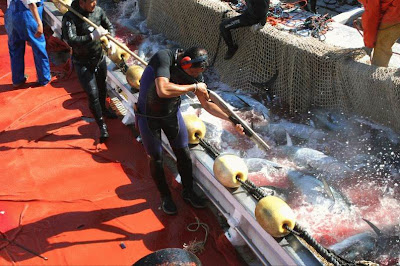 These are a decadent people. 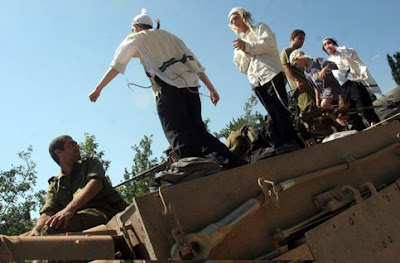 In a muddy field overlooking the smoke-blackened Gaza Strip skyline on Tuesday, young soldiers from an Israeli tank unit linked arms with euphoric civilians and joined them in the hora, a circular dance, in anticipation of a possible ground invasion of the Palestinian territory.

Far overhead, a pair of Israeli Apache helicopters fired on a target inside Gaza, unleashed diversionary flares and disappeared to the north. Elsewhere in the autonomous Palestinian region, Israeli jets, helicopters and ships pummeled the area with new strikes against dozens of targets.

Hour after hour, Israeli jets, helicopters and ships pummeled the region with new strikes against dozens of targets as diplomats took the first tentative steps to head off a ground offensive.

Four days into the Israeli military campaign, the death toll among Palestinians topped 370, including at least 90 civilians, according to U.N. personnel and Palestinian human rights workers.

Israelis herded 1.5 million Palestinians into this trap by force. Then they cut off imports, farming, water, electricity.

Now they are dropping tons and tons of highly advanced, highly destructive bombs on this concentration camp.

And the world cries foul, while the Israeli bullies hide behind the apron of their american protector.

Israel is very impressive fighting with the stolen or donated hightech killing technology of america against a completely defenseless population.

If only america could shake loose of the NeoCon stranglehold. If only these Israeli monsters were left to their own fate without our protection. They have so much bad karma accrued, it cannot help but end poorly.
Posted by Todd at 1/01/2009 No comments:

Israeli Patrol Boat Rams the relief boat DIGNITY. (something israelis know nothing about)

These Israelis are merciless and deserve what will become of them.

THIS VIDEO WILL REMIND THOSE BOOT SLAPPING, FLAG WAVING PATRIOTS WHAT THE ISRAELIS HAVE DONE AND WILL DO TO OUR MILITARY.

Palestinians, young and old, are fighting for their lives against Goliath 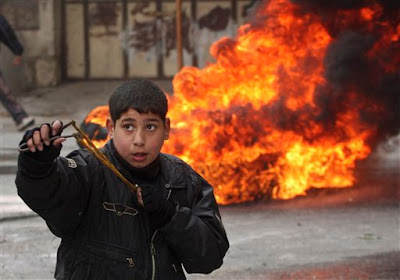 May God be with them.

These cops are sadly typical today. If it were possible for a cop to do this to a upper middle class white girl, these thugs would already be dead.

GALVESTON, Texas — A Galveston couple has filed a federal lawsuit against three police officers who they say arrested and beat their 12-year-old daughter after mistaking her for a prostitute, according to newspaper report.

Wilfred and Emily Milburn, the parents of Dymond Larae Milburn, are asking for unspecified damages for physical injuries and emotional problems, which they say have included nightmares.

Sgt. Gilbert Gomez and Officers David Roark and Sean Stewart have filed documents saying their conduct was reasonable in light of the facts they had at the time, the Houston Chronicle reported Tuesday in its online story.

According to a lawsuit filed in federal court in Galveston, Dymond Larae Milburn went outside her home to flip a circuit breaker at about 7:45 p.m. on Aug. 22, 2006.

Responding to a call that three white prostitutes were soliciting in the neighborhood, the plainclothes officers jumped out of an unmarked van on Gomez's orders and one of them grabbed the girl, who is black, the lawsuit states.

The girl contends that the officers did not identify themselves as police and that the officer who grabbed her, later identified as Roark, told her, "You're a prostitute. You're coming with me."

Her parents heard her cries for help and came outside to see the hysterical girl hanging on to a tree and screaming "Daddy! Daddy! Daddy!" while two officers hit her about the head, face and throat, the family alleges.

Two hours later, she was examined at the University of Texas Medical Branch emergency room and doctors found she had a sprained wrist, two black eyes, a bloody nose and blood in an ear, according to the lawsuit.

Weeks later, she was arrested during classes at Austin Middle School, where she was an honors student, the lawsuit states. She was tried a year later on a charge of resisting arrest, but the judge declared a mistrial on the first day, according to the lawsuit.

The reason for the mistrial was not immediately available Tuesday.

Ron Paul - Few Americans are able to process the warnings he is laying out. 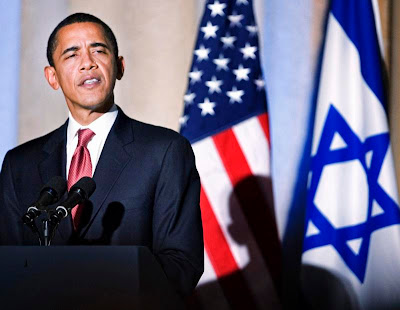 Obama is wholly owned by the only true believing "master race". Khazarian Jews.

These guys could care less about the Sephardic jews or other schmucks being shipped into Palestine. They don't even care about the land of Palestine. They never have. After all, they have no reason to care since that is not their heritage.

They care about one thing. Unrivaled global power. That desire for power requires complete control of central banks, mass media and a nose ring on the most powerful nuclear force (along with 750+ worldwide bases).

They will fail, but hundreds of millions are set to pay an awful price.
Posted by Todd at 12/27/2008 No comments: 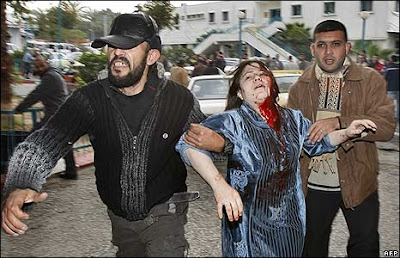 Israel is hell bent (and motivated) to get this WWIII started, with American soldiers and $$ to be USED UP.

Our children will wonder what the hell Israel had over our heads to make us so stupid. 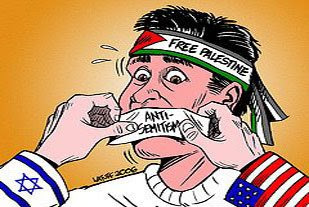 The government's line is that this highly fortified building which housed the CIA, Port Authority, and City Emergency Control somehow, for the first time in history, collapsed at freefall speed due to office fires.

The american sheeple are so distracted and naive.

Here is the news prognosticating that a steel structure is about to disintegrate into its footprint due to fire.... although that has never happened before.... hmm

Israeli weapons are ALL donations of America, of course our most advanced systems (donated or stolen). Hamas freedom fighters are scrambling for the basics. Hardly a fight. (Remember, this is the Palestians land. It was NEVER the homeland the Khazar Jews who are so hellbent on driving the People from their land).

Israel is America's largest welfare state, and the most wicked. 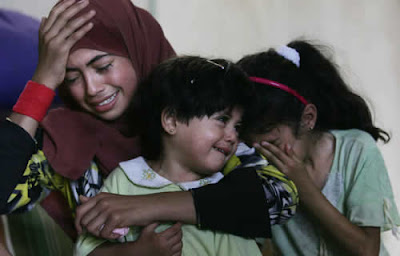 It will be a slaughter, and the Christian world will sit by all aglow as they sing Silent Night via their boob tube and listen to the Israeli owned media tell us how just this massacre is.

550 Architects & Engineers who care enough to get involved in swimming upstream against the ridiculous 9/11 official story.

Most americans could care less. If their leaders told them the sun is green, they would agree... as long as Monday Night Football is aired as scheduled.


I am embarrassed I voted at all in this charade of a government.

I don't know where the Liberal outrage is? If only McCain were in office we would have had the democrats acting as an opposition party who would give voice to evaporating liberties and sovereignty. Now we just have a triangulated people watching in "stupified" awe as their country becomes something unrecognizable.


Go back to sleep. Go back to your sitcoms, american idol and your psychotropic drug of choice.

You'll have plenty of excitement once the dollar collapses and the army/homeland security start rounding up us rabble rousers in their detention camps. (I'm quite confident you are clueless about them as well... go back to sleep).
Posted by Todd at 12/18/2008 1 comment: